Yeoville has a colourful history, a history shaped by bohemian style, jazz bars, art and culture. Not just one culture though, a pan-African culture made up of migrants from all over the continent pulled together by a vibrant, colourful and at times chaotic sense of community. Over the years Yeoville has been home to musicians, politicians, the rich and famous. It’s also been home to crime, drug dealers and decay. To this day some Uber drivers refuse to enter the suburb, but their fear is unwarranted – community members across Yeoville are working to arrest this image and the Yeoville Dinner Club is front and centre of this movement.

Sanza Sandine is the guy behind the operation and he’s a host like no other. Upon arriving outside the address on the very colourful Rockey Street, we jumped out of an Uber and were immediately distracted by all the hype and activity on the street; a stark contrast from the more affluent streets of Johannesburg where residents are locked safely inside their gated and electric-fence protected homes once the sun goes down. The Yeoville community have become accustomed to disoriented visitors and immediately directed us toward Sanza, who appeared with impeccable timing and led us upstairs to a small dining space with a long communal dining table set for 18 unlikely guests from all corners of the world.

As guests continued to arrive we were served a pink cocktail with flavours of elderflower and mint, which we enjoyed on the balcony overlooking the vibrancy of Rockey Street whilst getting to know each other and learning how we each came to discover this culinary experience.

Sanza has more than 20 years experience in the hospitality industry and is also a well known radio personality in South Africa. His passion for food stems back to his youth and he recalled stories of sharing fridges with neighbours in Soweto where he was raised. Not having access to a fridge meant that meat and other perishables were often excluded from meals, which dramatically influenced his widely vegan menu. A menu he refers to as a Pan-African plate, combining his own take on dishes from Ghana, Mozambique, Nigeria and Ethiopia to name a few. Everything is made from scratch, he even pickles his own vegetables and grows his on yoghurt cultures.

It’s difficult to decide on the true highlight of the evening, enjoying the exquisite flavours of the food or being completely enthralled by Sanza’s stories about the history of Yeoville, his experience and views of Apartheid, his favourite music, art and literature, mixed with some highly entertaining stories from his own experiences of travelling the world. The whole experience is like no other.

One thing that really stuck with me was a comment he made in reference to the fear held by many South Africans to walk around freely and feel safe. He made a point that as long as we continue to live our lives in fear it will be passed through the generations and South Africa will never recover from its tragic history.

“You can stay in your concrete houses or come and play with the kids!”

Many people were shocked when we said that we had visited Yeoville, but the energy of neighbourhood was palpable and we didn’t for a second feel threatened.

Next time you’re in Johannesburg do yourself a favour and call Sanza for a spot at his table, we promise you won’t regret it.

The cost is R400 per head and includes way too much food, cocktails, beer, wine, smoothies and desert! 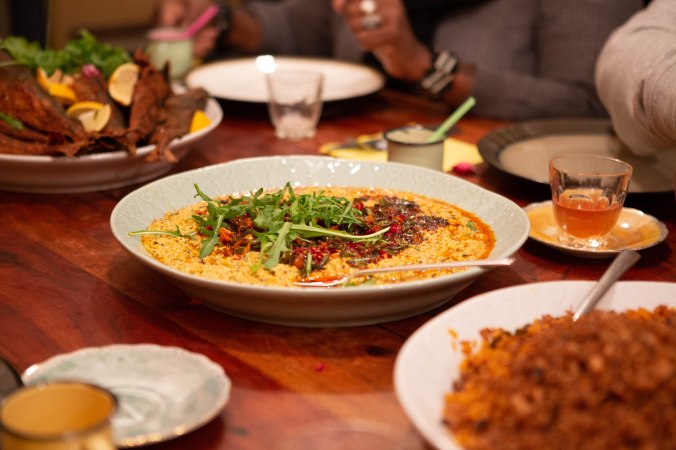 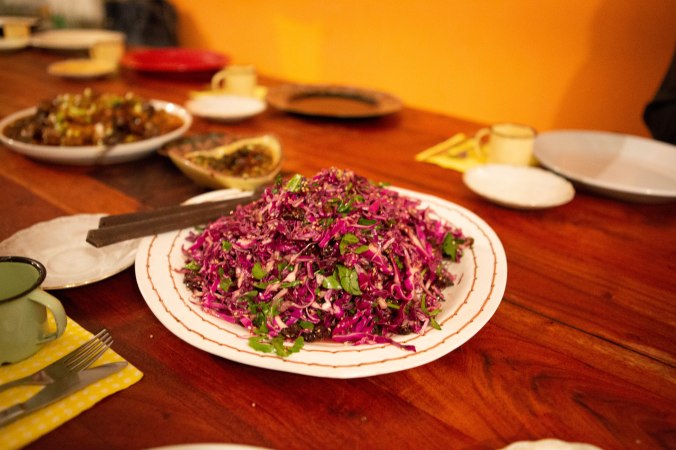 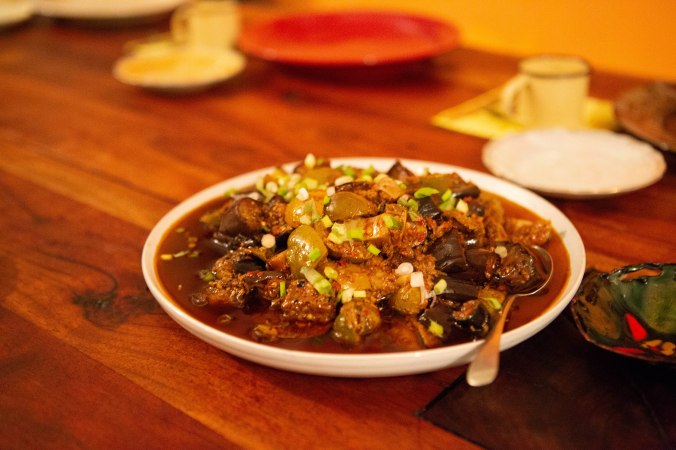